Boardgame fanatics the world over know that Germany is the epicenter of our world. Sure, there are American publishers putting decent stuff out, but for fans of the Eurogame, Germany is where it’s at. It’s no coincidence that the biggest and best expo (Spiel) each year to see what’s coming out is in Essen. 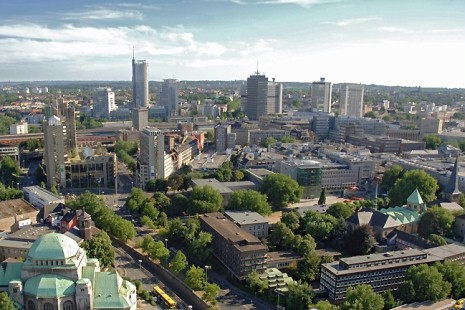 What I’ve discovered over the last few months is that it’s also a pretty good place to order games from.

Amazon.de is the same Amazon we all know and love (or hate for tax avoidance, whatever), but in Germany. And in German. What it has going for it is some very, very cheap boardgames. I’ve had a few from there now, and even when factoring in the cost of delivery (usually around €4), it can be much cheaper than getting them over here. If you order more games, you only pay a few cents more in postage too, as Amazon move things about in the own internal deliveries to save on international shipping charges.

Obviously a big drawback is unless you’ve got really good German language skills, you might find some difficulties after you’ve opened the box and are staring at a pile of cardboard and incomprehensible instructions. There are, however, two things that can help avoid this pitfall.

1. Boardgamegeek. BGG’s listings include language dependence, so you can know before you place an order whether you’re going to be able to play with your new game. 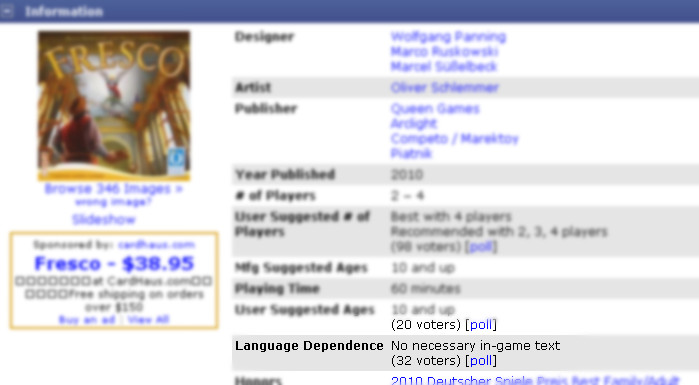 2. Boardgamegeek. Yes, again, but this time by reading or asking the question on the game’s forums you may find that it comes with a multilingual instruction manual. Failing that, there are usually translations in the files section to download.

Obviously none of this helps if the game has cards in it with text on, but you can find out first to avoid the situation.

Most recently I ordered Fresco this way (€20 – £16.50 instead of £30 over here), and while it came with no in-game text, I was a bit disappointed to have the German rulebook. Yes, I could have downloaded and printed my own, but instead I fired an email to the publishers – Queen Games. In a rare example of excellent customer service, and despite me offering to pay for an English copy, they sent them to me free of charge!