Why haven’t I updated? I honestly don’t have a reason. I had an unintended hiatus just after RAR was born, and I’ve meant to post lots of times, but real life seems to have just gotten in the way too often. I shared my last post on r/daddit and was encouraged to update it, and it’s been the kick in the backside I’ve needed.

Seeing as how the last post was about RAR, I suppose I ought to start there. He’s three-and-a-half now, and extremely strong-willed, opinionated and smart enough to run a small nation.  Like North Korea maybe.

Where the time has gone, I have absolutely no idea. He’s (reluctantly) started nursery now, is a budding chef, and has a grasp on the English language that amazes me at times. Two recent examples: He was on the sofa (bouncing, obviously) when his bottle of drink fell over. Two drips fell out, probably enough for a spider to wash its hair with, and he shouted at me “Daddy! Catastrophe!” I nearly lost it.  Second example – we’re at my parents’ picking him up after work, and my less-than-technically-able dad got a call on his smartphone, which he couldn’t answer in time. RAR wanders over to him, rests a hand on his knee and says “Don’t worry Papa, it was probably just a sales call”…

I’ll update more often from now on, but for now, here’s RAR communing with nature, taking in the majesty and splendor of a majestic cormorant on a walk around the woods the other week. 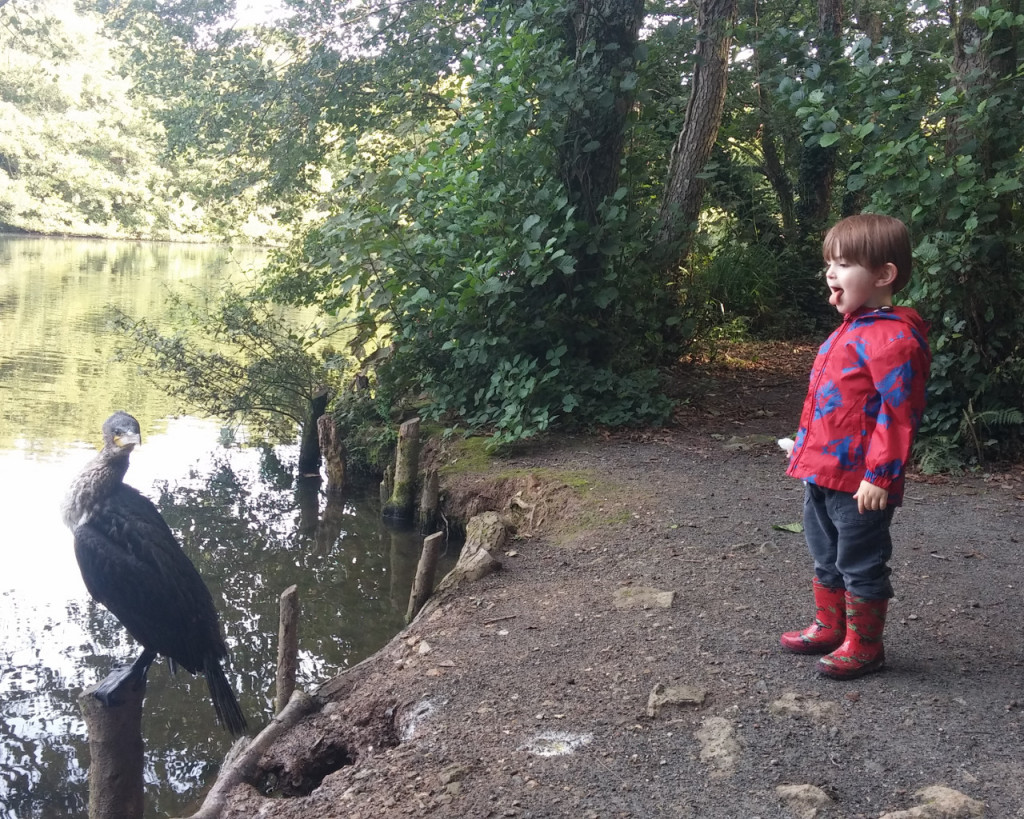